When Momoshiki healed Boruto hand, he clearly saw Momoshiki form, however Kawaki didn't see it, it's just that his hand feels pain when shaking hands with Boruto.

Kashin Koji who was spying on them through his Kuchiyose frogs was shocked by what happened to Boruto.

Kashin Koji observed that the wound on Boruto's hand healed instantly, and he thought that it was done by Momoshiki.

It seems that Boruto hasn't been able to master or control karma to absorb opponent jutsu.

Meanwhile, when absorbing Jutsu Kashin Koji and Kawaki in Ryutan, it happened because it was spontaneous.

Before airing in the anime, Chapter 53 in the manga has already been published.

In that chapter, Isshiki broken arm Boruto, but Momoshiki recovered it. 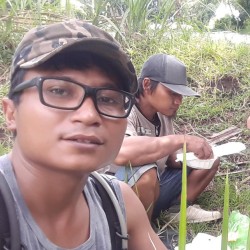